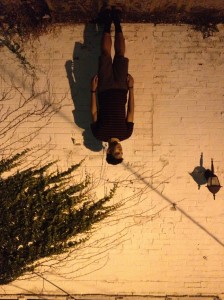 Everyone told him that

he should try a different market, different merchandise, or a different profession. He wondered if these people that did not know him more than by the passing glances they gave him were right. He was educated and took notice to the flaws in his sales. That being that he had none. He had yet to sell anything.

He sat perplexed and exhausted from trying to sell the carpet in the market place. Suddenly he was sitting in shade. He looked up to the sound of a mans voice. It was the voice of a customer.

“I’m interested in this carpet. Is it still for sale?” asked the customer.

The salesman gave a confused look and told the customer, “A life with this carpet is an ugly one. Everyone who comes to your home and see’s it will judge you. I know because I have lived with it for the last 11 months of my life. I’m about to go home. Don’t waste your time or money on this carpet.” The customer switched his attention from the salesman to the carpet. He nodded his head as he inspected it more closely.

“Yes this will be perfect for my family. I want to buy this carpet, whatever the cost.” The salesman stood to his feet.

“Are you a fool? Not even my family wants this ugly piece of cloth. Please do not insult my honesty. I do not wish to regret receiving payment for such a worthless thing. Please just let me leave.” The customer listened intently. He gave the look that a mother gives her son who does like the painting he just made. He looked on with compassion.

The salesman was taken back by the customers persistence. He thought for a moment that someone was paying the “customer” off, perhaps his father, to appear interested in order to get him to do something else with his life. Finally the salesman asked the customer why he wanted the carpet. The customer smiled.

“Because you made it.”

“What?” said the salesman.

“For right now it’s okay that you don’t understand,” said the customer.

“Why does it matter if I made it? You don’t know me. You don’t know what kind of a person I am. I could have stolen the design from someone,” said the salesman.

“But you didn’t steal the idea or copy it. In fact you spent every waking hour designing and fabricating this carpet. You took advantage of the tools and resources you had available and did the best you could. I’m not concerned with what others think. I know goodness when I see it. This is good and I’m pleased with the work you’ve done.”

The salesman rolled the carpet up and tied it with some rope he had carried with him for the last 11 months. As the customer walked away, tears began to fill the salesman’s eyes. The salesman held in his hand a bag of coins worth well more than what the carpet was valued at. The salesman wiped the tears from his eyes in attempt to watch the customer walk away that he might see the direction he went so he could change his mind at the last minute and return the money. But with tears streaming down his face he could not make out the customer in the crowd of people at the market place and never saw him again. The Greatest Salesman in the world was a customer that day. And what was sold to him was hope.

To sell goodness is to sell hope. For hope is the foundation of motivation. Hope is starring defeat in the face and pressing on anyway. Hope never makes sense. Hope is blind to doubt. Hope does not recognize the word whimsical. Hope is popular and sought out by search parties. Although often misguided, they search. Hope is easy to counterfeit. Yet counterfeit hope, as with most knock-offs, breaks and cannot keep the doubts away. Hope holds the most modest twine together to create the boldest rope. Those who have found hope become the determined. Hope is sold by the determined.  Truly living means taking risks. Hope is the platform you step off when you dive into this world of unknowns. Without hope we are either a hermit in it’s shell or a piece of paper being thrust around by the wind with no control over it’s actions. Hope creates a reason for living.

Once you have experienced hope, nothing can stop you. You become great because you have The Greatest to guide you.

If Anyone Strikes you on the Right cheek